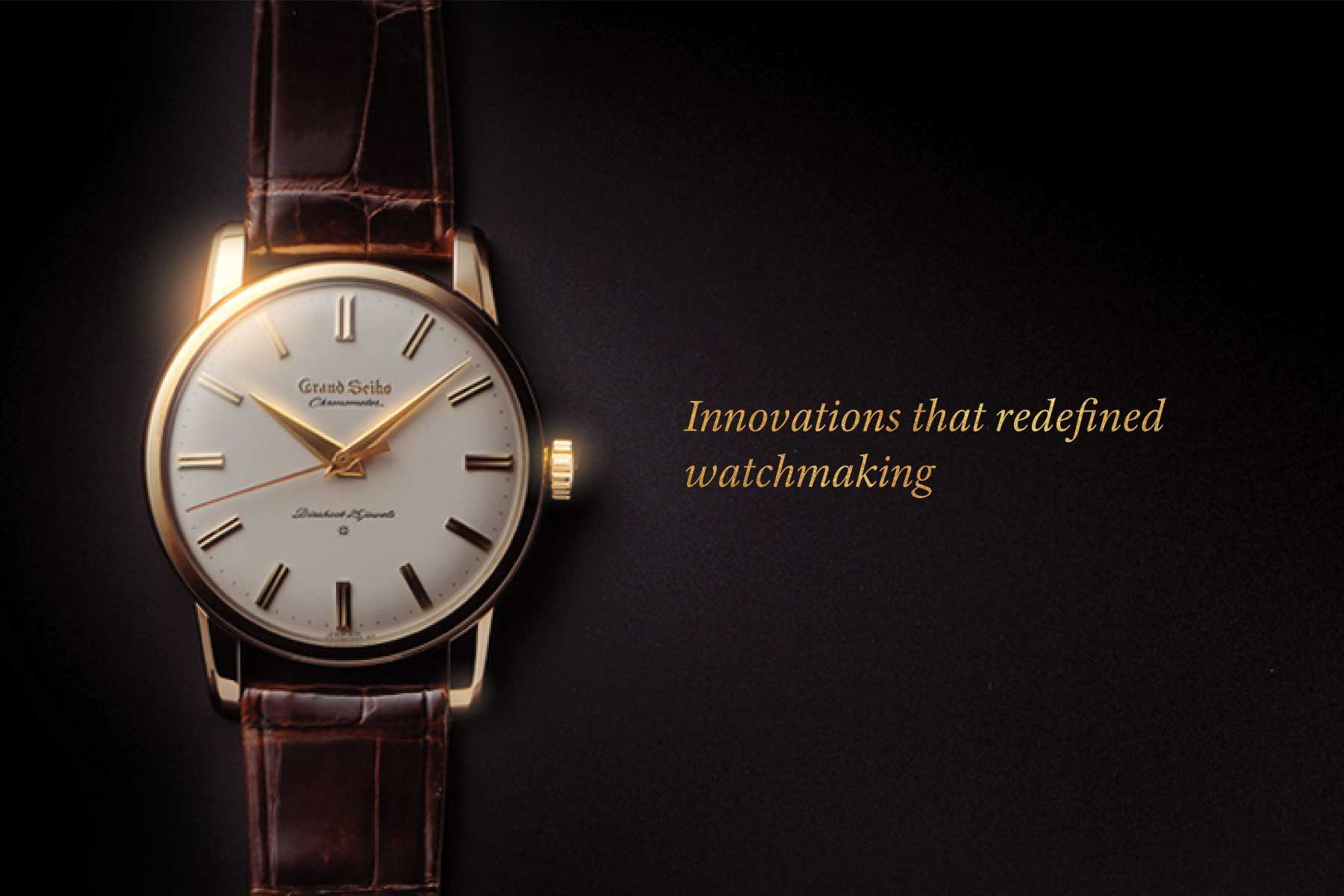 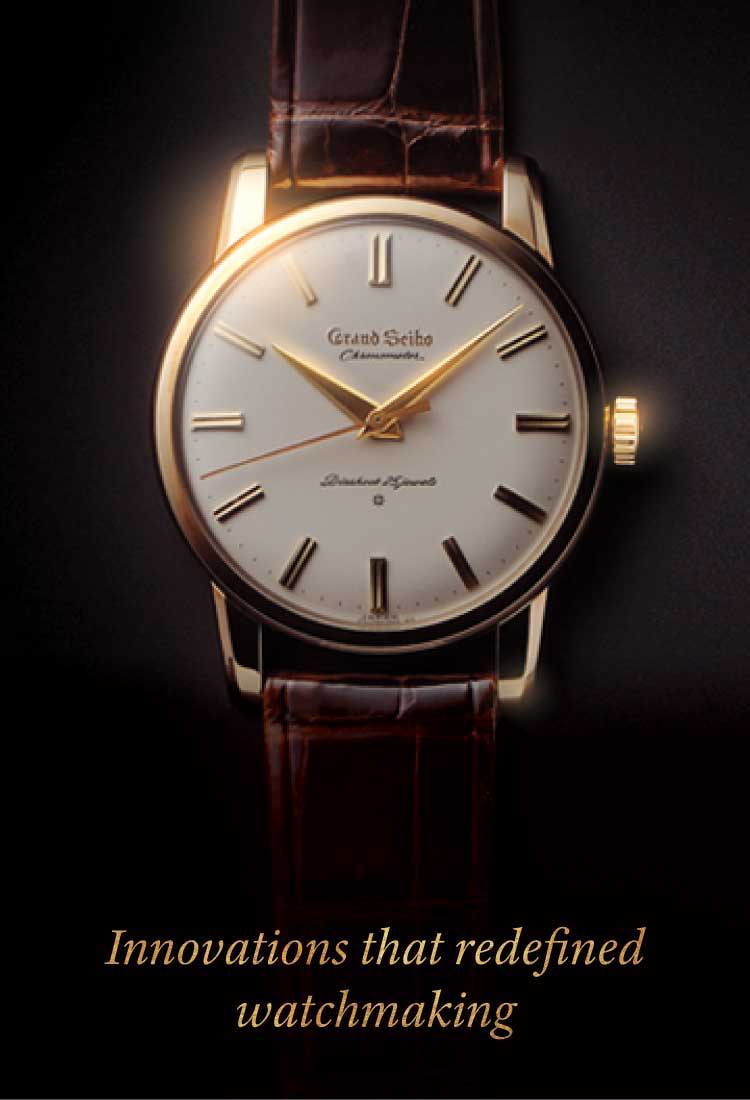 The story of Seiko began in 1881 when Kintaro Hattori - a 22-year old entrepreneur - opened a shop selling and repairing watches and clocks in central Tokyo. Today, after more than 130 years of innovation, Kintaro Hattori’s company is still dedicated to the perfection that the founder always strove to achieve. 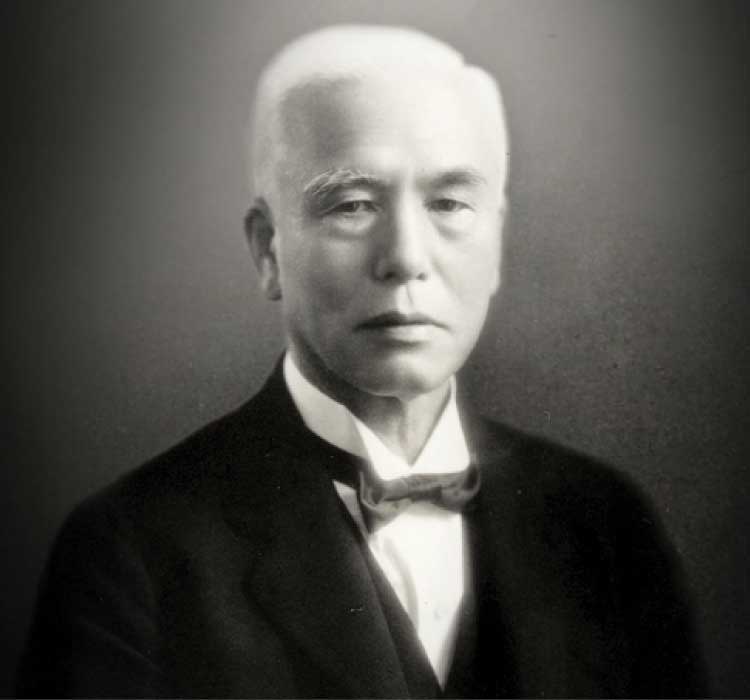 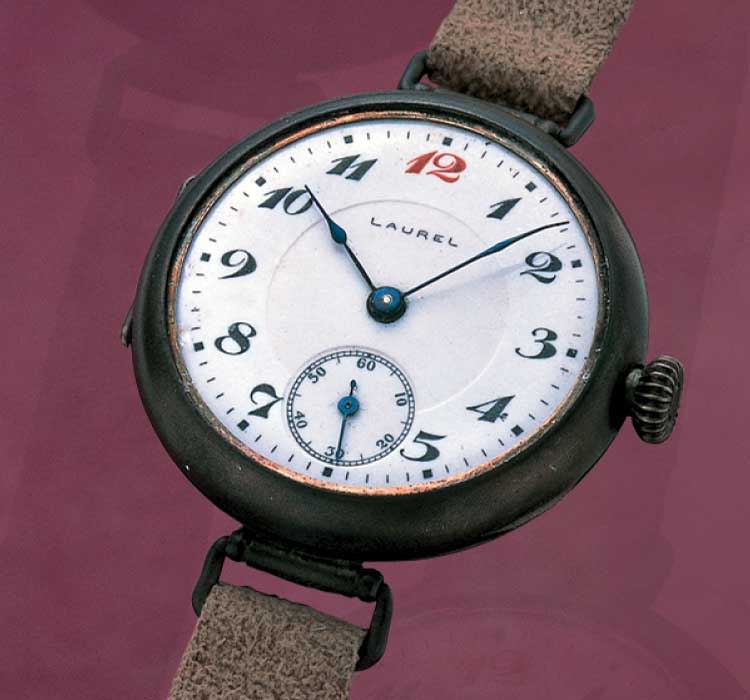 1913: The Laurel, the first wristwatch made in Japan, makes its debut.

At the beginning of the Taisho Era, pocket watches were still very popular and there were only a few wristwatches imported to Japan. Kintaro, however, was determined to be 'one step ahead' and embarked on the arduous task of creating Japan's first-ever wristwatch. In 1913, he succeeded and the Laurel was produced. In the early days, the company was able to produce only 30 to 50 watches a day, but, for the first time, Kintaro had established a lead on the rest. 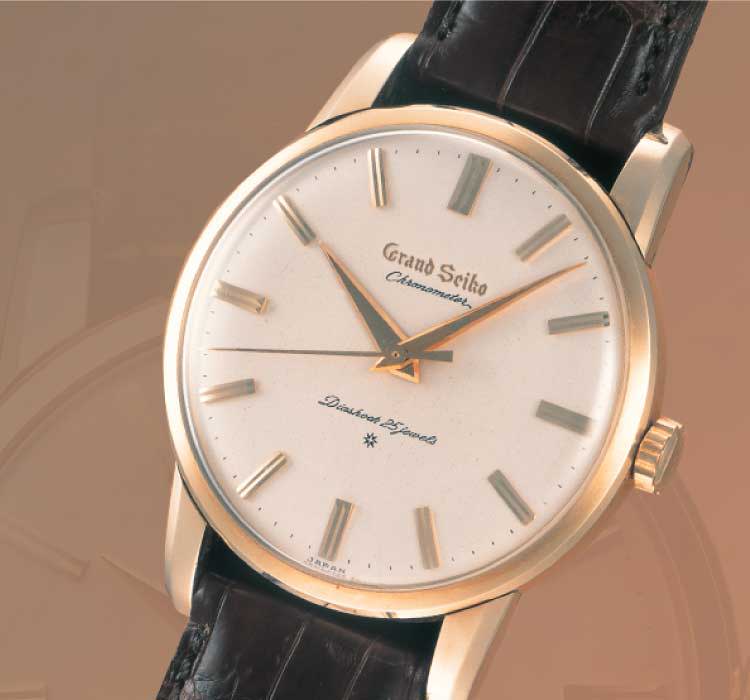 In 1960, the first Grand Seiko model was produced. High in the mountains in Nagano prefecture in central Japan. A small team of Seiko's most experienced and skilled watchmakers were entrusted with the task of making the very best watch they were capable of. Grand Seiko was to represent the pinnacle of Seiko's excellence in mechanical watchmaking and to deliver more accuracy, legibility and durability than any other watch. 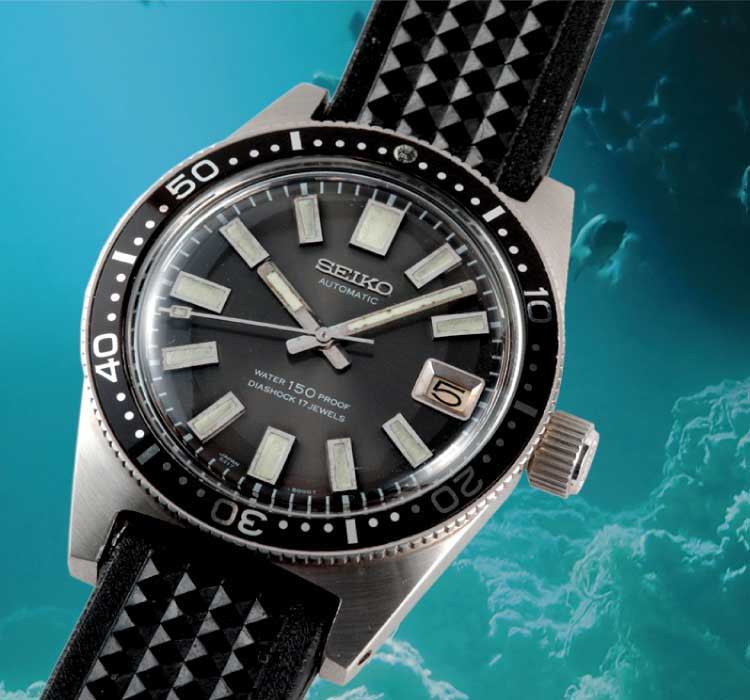 The first Japan-made diver's watch, waterproof to a depth of 150 metres. The winding crown was designed with a double packing structure to withstand high water pressure. Designated for use by the 8th Japanese Antarctic Research Expedition. 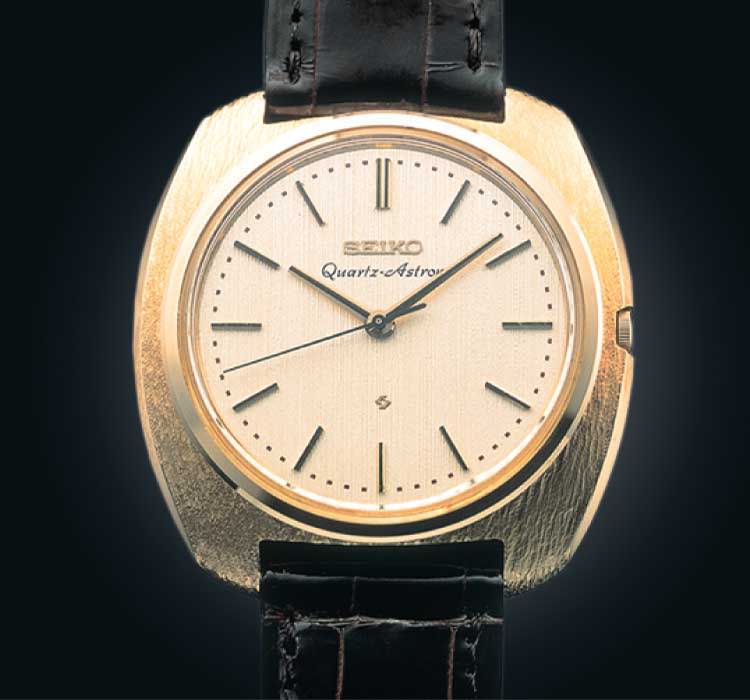 The world’s first quartz watch, the Seiko Quartz Astron was introduced in Tokyo on December 25, 1969. It underscored true performance. It was accurate to within 5 seconds per month - 100 times more accurate than any other watch, and it ran continuously for a year, or 250 times longer than most mechanical watches. The quartz revolution had begun. 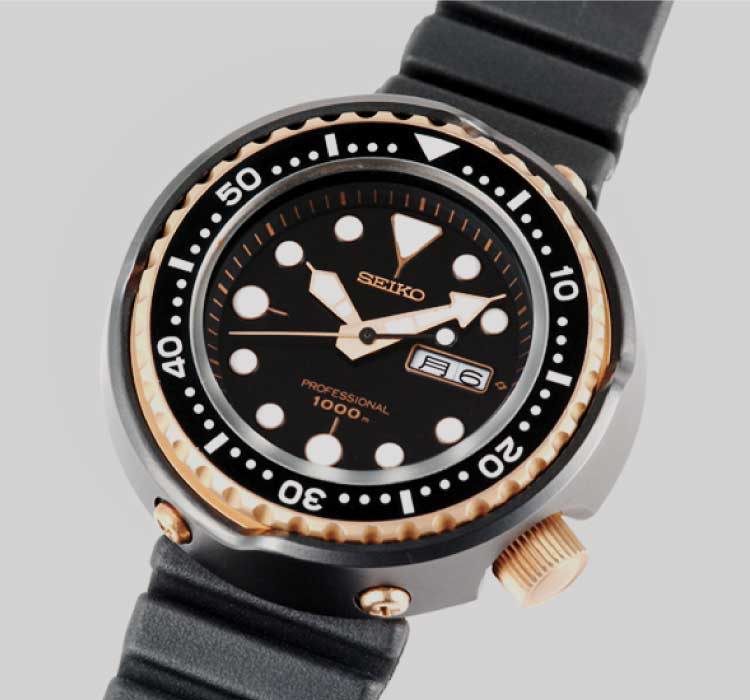 The diver's 1000 m was the first watch to use ceramic material for the outer case layer. The lightweight, corrosion resistant titanium case with a remarkable one-piece structure enabled this watch to withstand depths of 1,000 m. 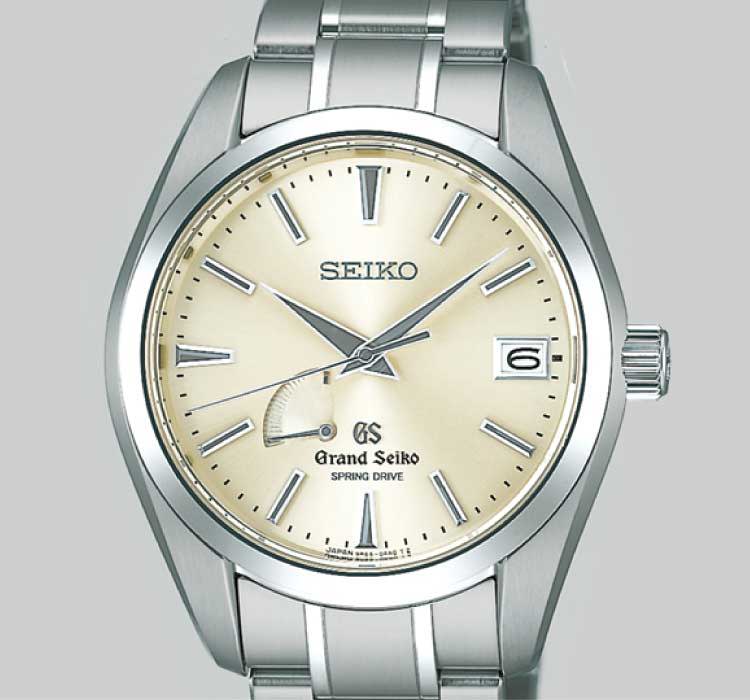 Since unveiled in 1998, the Spring Drive movement has been improved and reached its adoption in the Grand Seiko. Cal. 9R65 has a power reserve of 72 hours in addition to an auto-winding mechanism. 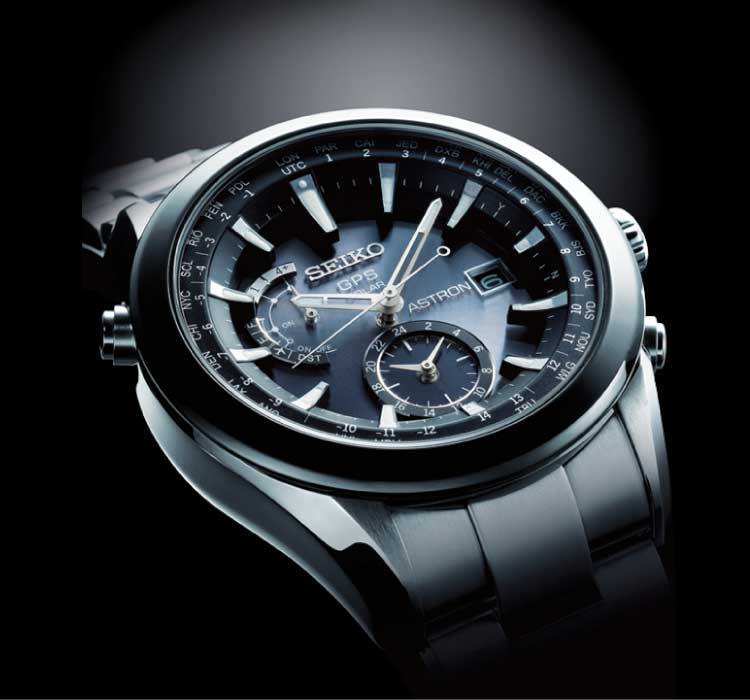 At last, the search for totally precise time, everywhere on the planet, is over. By developing our own, patented, low-energy-consumption GPS receiver, Seiko has been able to create a watch that can receive GPS signals and identify time zone, time and date data using the global network of GPS satellites. It recognises all the 39 time zones on earth. This breakthrough timepiece is called Seiko Astron. Like its celebrated 1969 predecessor which was the world’s first quartz watch, the new Seiko Astron ushers in a new age of timekeeping technology.